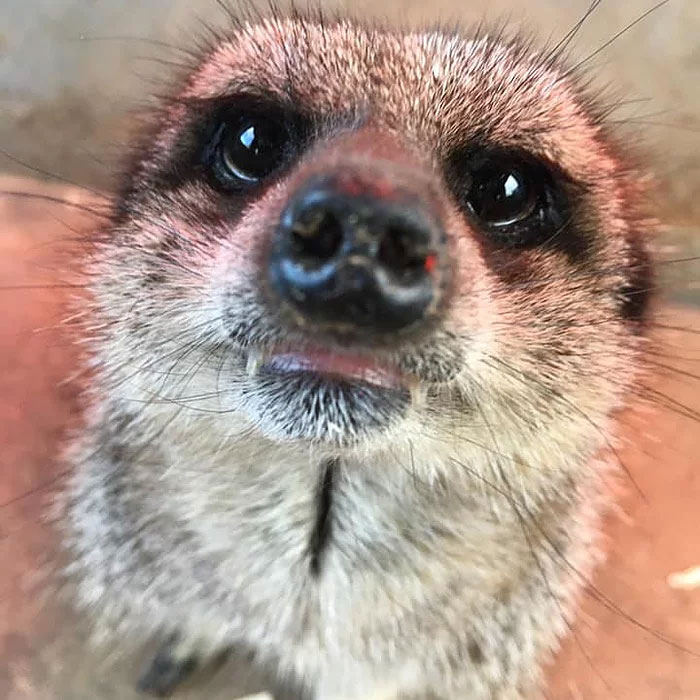 Mary and the mob love to sit on their big log and watch their surroundings. If they’re not lazing around and catching some rays, they’re looking for hidden food or getting up to no good!

Meerkats are inhabitants of open, arid areas of Southern African countries, such as Angola, Botswana, Namibia and South Africa.

Meerkats have dark patches of fur around their eyes to help protect their eyes from the glare of the sun to more easily see airborne predators. They also have dark tips on the tail to help identify one another as well as evolving powerful claws to dig and pointed snouts to dig prey out from narrow trenches.

To survive in the harsh environment they populate, such as the Kalahari Desert, Meerkats rely on group coordination. This is important as they can live in clans of up to 50 meerkats. Within a gang, there is an alpha male and female, and other meerkats share roles such as foraging, babysitting and standing sentinel. The sentry is an important role among the mob because they look out for potential threats. The sentry is will bark out a specific noise for different predators, so other meerkats know how to react.

The alpha male and female do most of the breeding. They have a gestation period of 11 weeks giving birth to a litter of 2-5 pups.

Their tan, brown fur keeps them camouflage among the arid habitat!